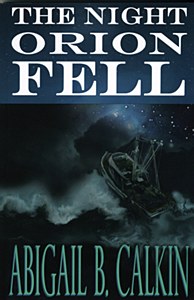 by Abigail B Calkin

When Captain Larry Hills attempted to rescue his deckhand, he too was tragically caught in the lines that whipped and wrapped the two men against the net reel of the trawler like captured fish. In the moment before the deckhand’s death he was the only one who heard Larry’s cold realization: “We’re dead.” Thus began the gripping 40-hour torture as Larry waited for rescue or death. In February 1982, the Coast Guard worked this North Pacific search and rescue, which still remains unforgettable in Coast Guard annals. This is the story of a man’s continued courage to fight his way through the lonely and painful hours of survival and disability rehabilitation to reinvent himself as a resourceful and contributing member of society.